I come from Augustów. I graduated international trade from the Faculty of Economic Sciences (1995), also studied in parallel marketing and public relations at the Warsaw School of Economics (SGH). In 2005 I graduated from International English-language M.B.A. program certified by the Free University of Brussels, University of Antwerp and the Bergische Universitat Wuppertal. In 2006-2007 I participated in the course “Fortis – Harvard Leadership Academy” conducted by lecturers from the Canadian International Management Institute in cooperation with the Harvard Business School.

For over 15 years I have been involved in helping Polish enterprises to develop their foreign trade. I worked for organizations such as Citibank, Dresdner Bank, BNP Paribas, Fortis Bank, Bank Gospodarstwa Krajowego, Ernst & Young, HSBC as a specialist, product manager, relationship manager, team leader, head of department and corporate director. I was responsible for creation and development of new structures, team management, advice on foreign trade, capital raising and strategic management and managing strategic client’s relationships in banks. I performed several complex transactions in the international market in field of export finance, financing of Polish foreign investment projects and project finance. I worked with the biggest training and consultancy companies in the country providing projects related to banking, finance and foreign trade. I hosted training and advisory projects for managerial staff of medium and large companies from Poland and abroad.

I have co-created the concept and counseled the first Polish investment exports financing transactions with government support instruments in the framework of the OECD agreement. It was made in cooperation with BGK and the Export Credit Insurance Corporation KUKE), the amount was EUR 190 million.

I am the author of articles in the trade press, lectures and training on (among others): financing instruments and settlements in foreign trade, credit and strategic analysis, cross-selling and managing of product development in banking as well as transaction risk in foreign trade. In the recent years I have participated in the preparation of Polish entrepreneurs for participation in the business missions to Turkey. In other projects I also helped Polish companies to understand financial and banking environment in China and India. I worked then, among others, with the Centre for Dialogue and Analysis ThinkTank, the Ministry of Economy, Ministry of Foreign Affairs and Indo Polish Chamber of Commerce and Industry.

Briefing organized for entrepreneurs who go on a trade mission to Turkey in the framework of the inauguration of the 600th anniversary of the Polish-Turkish diplomatic relations.

On-line training in the form of a webinar for entrepreneurs interested in Chinese market, organized in cooperation with Deloitte and Schenker 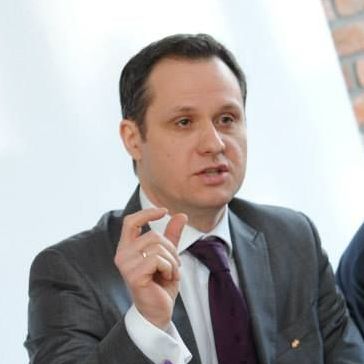 2015-2018 © Zbigniew Popowski Advisory
The website is maintained on the servers of POS system manufacturer k2online.pl